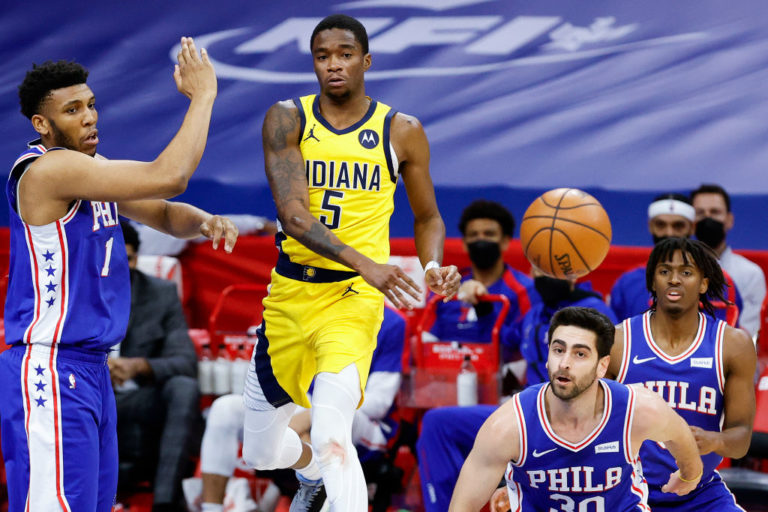 Day 1 at Edmond Sumner’s basketball restart. The guard 25-year-old has announced through his Twitter account that surgery has already been performed to repair the tear he suffered days ago in the left Achilles tendon, an ailment that will keep him off the court throughout the 2021-22 campaign (officially indefinite leave).

At 25, Sumner had shown an interesting progression during the 2020-21 season, in which he has established himself as a reliable rotation piece for the Pacers. To be exact, he averaged 7.5 points with 39.8% in triples, figures that he reached in 16.2 minutes per night and being a starter up to 24 times.

Without giving deadlines for his return – an injury like this requires it that way – the Indiana guard wanted to thank for all the support received in recent days, something that has helped him face this strong blow in the best possible way. and to focus on making a full recovery.

Beyond his desire to get back on the slopes, the reality is that the injury has come at a delicate moment. Sumner is now entering his final year of his contract with the Pacers at a rate of $ 2.3 million. With a whole year in white, and more with an injury in the Achilles, his future is now up in the air.

Sumner isn’t the only bad news for Indianapolis this summer. A week ago the Pacers updated TJ Warren’s physical condition to indicate that his recovery is slower than initially anticipated. His absence can greatly diminish Rick Carlisle’s options for the 2021-22 season, since he is an essential piece both in the offensive section and when making the defense work.