Home
Football
Casillas: “The goal in the Lisbon final? An absurd action, I’m going, I’m not going, why the hell … I’m going … “

Iker Casillas reviewed his career in an interview on the YouTube channel of Santi Cañizares. “My children have no idea what their father did in his day. If it stopped well or badly. They only know that from time to time they stop him on the street and ask him for a photo and little else, “says Casillas at the beginning of the interview.

“Now I feel fine. After the heart attack, you are a bit lost for a while because you do not know how you are going to approach that professional world to which you hope to return, but the reality is that on that day it runs out. For six, nine months … it was very uphill, very steep. It was May, with a month and a half of competition to go, we were fighting for the championship and we had the Cup final in Portugal, and it’s like a dry stop. You want to keep moving forward, but you see that you are not moving forward ”.

I work at the Real Madrid Foundation

“People ask me and tell me what the Real Madrid Foundation consists of. And look, I’ve told the people in there, that I thought this was getting together at Christmas, making club food and bringing toys to the children who were having a hard time. Once I’ve gotten there and been able to soak up what they really do, the perspective changes. The Foundation helps many people every day with many problems. We are going to try to help the Foundation so that it has more weight ”.

I have two special moments in my career. One when I won the Champions League against you (Cañizares) in Paris and then the 2010 World Cup

Video of stops and titles

“How nice. I have everything fresh. I remember a lot of everything that I have lived. And I am proud. Being able to have lived all that makes me feel special and excited and now it also makes me a little sad. Everything has happened so fast that sometimes I have been a little unconscious and I have not appreciated those moments. But I can’t be selfish and ask for more, because what I’ve had has been wonderful ”.

“The day I made my debut with Real Madrid.”

More than winning the World Cup?

“Yes, because to get to the World Cup final you have to start. As a child, my dream, although I wanted to win a World Cup or the Champions League, was to start ”.

“Weight. It is very pretty. It is one of the most special moments of my career. I have two. One when I won the Champions League against you in Paris and then the 2010 World Cup. The best you aspire to is to be a professional and then win the Champions League and the World Cup. I remember when I saw Dunga lift the Cup in 94. And I used to say, this is unattainable, and only a few get there ”.

“At that moment is when I start playing for Real Madrid and I play carefree because it was all new. I went from playing a promotion phase from Third to Second, against Ávila, before 200 people, to playing in three months in fields of 50,000 and your name is beginning to be on the international scene. Because an 18-year-old boy plays in San Mamés and with Madrid. At first, I had a little worse, because I was not used to it. It was good for me to go down to Castilla for a month and a half and, when I returned to the first team and settled down, I was a bit lucky, because Illgner was injured and I made my way. And that year I said: ‘Iker, enjoy this.’ And the icing on the cake was winning the Champions League. I realized that the demand was going to be greater. Then the competition they created for me with César was very good, especially for me, because what I was trying to do was to be better than him to be able to play, but I demanded a lot from you ”.

After the goal in Lisbon I thought, ‘Take it easy, you’ll see how we’re going to draw.’ But the minutes pass and the goal does not arrive, in my head I began to think: ‘Iker, you have to prepare for what is to come. When I saw that we scored the goal, I said: ‘We are European champions. Forget about everything, Iker ‘

Did you enjoy the goal or did you suffer?

“I enjoyed. When I got to the first team, except for the first games, the other times I said to myself: ‘Iker, enjoy yourself, how many times are you going to be at the Bernabéu playing? Maybe it’s the last game. ‘

“It is not normal. It was not in any script and no one could foresee what happened. I see César, when he asks for medical assistance, and Vicente made me warm up. But he didn’t think he was going to be injured. I gave two runs and went back to the bench. But suddenly César takes the ball and throws it out and I said to myself: ‘Now you really have to go out.’ Everyone around me was nervous, but I was calm. After being almost two months without playing, I felt good, comfortable and confident and without fear of anything. Without wanting to, from being forgotten to appear again ”.

“It was a super strange match. We had arrivals, we felt better than them physically … Certain stories that passed around that I did not understand well, but that was what there was. And in an absurd action, I’m going, I’m not going, what the hell am I going for … If I stay in the goal and he heads it, I can catch it. But it happened like that and from there it was like: ‘Don’t worry, you’ll see how we’re going to tie.’ But the minutes pass and the goal does not arrive, in my head I began to think: ‘Iker, you have to prepare for what is to come’. I was already convincing myself: ‘Iker, you’re going to go out everywhere, you’re going to be on everyone’s lips’. That season I played the Cup and the Champions League and my participation as a goalkeeper was good. 24 games, I won 22, I drew one and lost another. But that’s football ”.

“We are champions of Europe.”

You are a lucky guy

“Yes (laughs). Besides that goal … When I saw that we scored the goal, I said: ‘We are European champions. Forget about everything, Iker. ‘ I already told Ramos when I kissed him: ‘You are the master, you are the milk.’ But it’s also true and I tell a lot of people: ‘Tell me if the way we won La Décima in Lisbon is beautiful or not.’ Many people have told me that it was the best final and I helped make it that way. I feel sorry for the Atlético people ”.

After the heart attack, you are a bit lost for a while because you do not know how you are going to approach that professional world to which you hope to return, but the reality is that on that same day it runs out. For six, nine months … it got really uphill, really steep

What has been the toughest competition

“At the club it was with César and with him I get along well. César came as a star signing. When César comes, I have won the European Cup with 19 years and he comes as a star signing with 29. The experience you have with 29 is not mine. Coming in and competing with a 19-year-old boy … You look a bit like, ‘I’m the one who’s going to show this boy the way.’ The press also contributed … In the end between us, there was no friction, but it hurt us. It was not a bad relationship, because we were fine, but we noticed that we were not a normal goalkeeper couple. Having been with César fighting for the Madrid goal is the best thing that could happen to me. César seemed like a milk keeper to me, spectacular: fast, brave, he was overlooked, in hand-to-hand he was spectacular, he handled the milk foot … Then there was also the issue of selection. With you, with Molina … but it was different, because we saw each other once a month. I always wanted to play. It is normal”.

“You were with Cúper and you reached two finals. An important Valencia was being created. Ranieri and Cúper had prestige and Valencia signed Benítez who came from Segunda, from Tenerife. And we are at a table and suddenly you say, Cañete: ‘We are going to sign Rafa Benítez who has risen from a team from Second to First and with him he wants to bring Mista. I don’t know if we want to continue with this Valencia of the finals and fight with the greats. ‘ Play the … With Benítez you win the League, Mista was the top scorer … You win the League and Europa League and you have three seasons of milk ”. 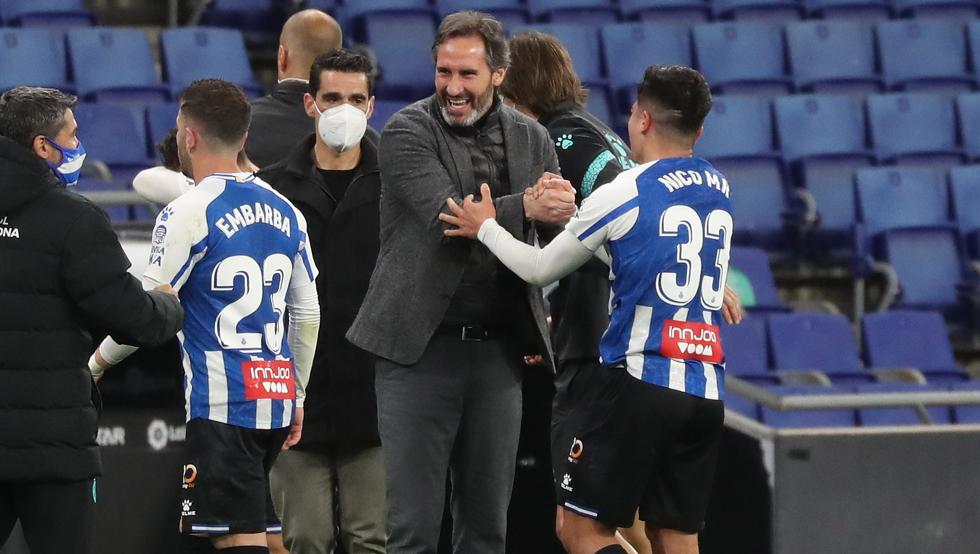 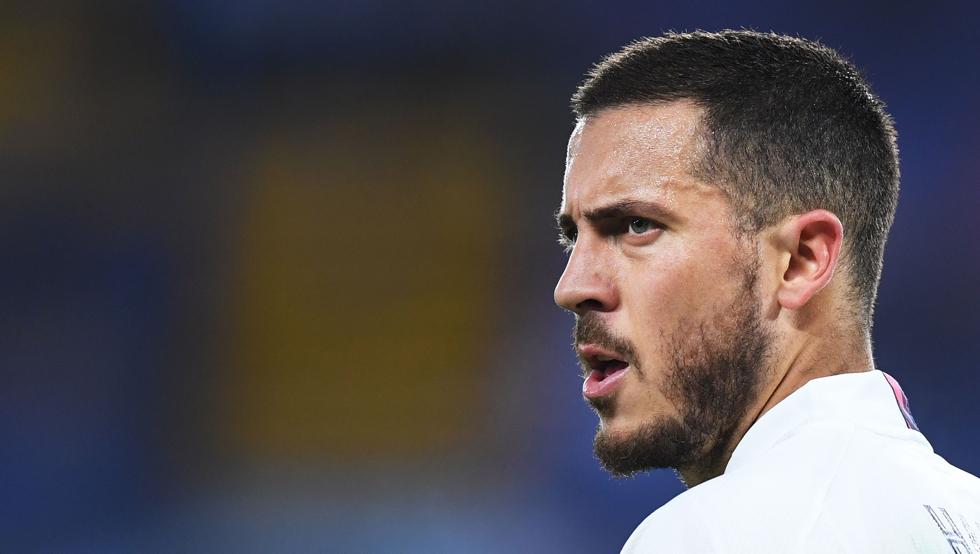 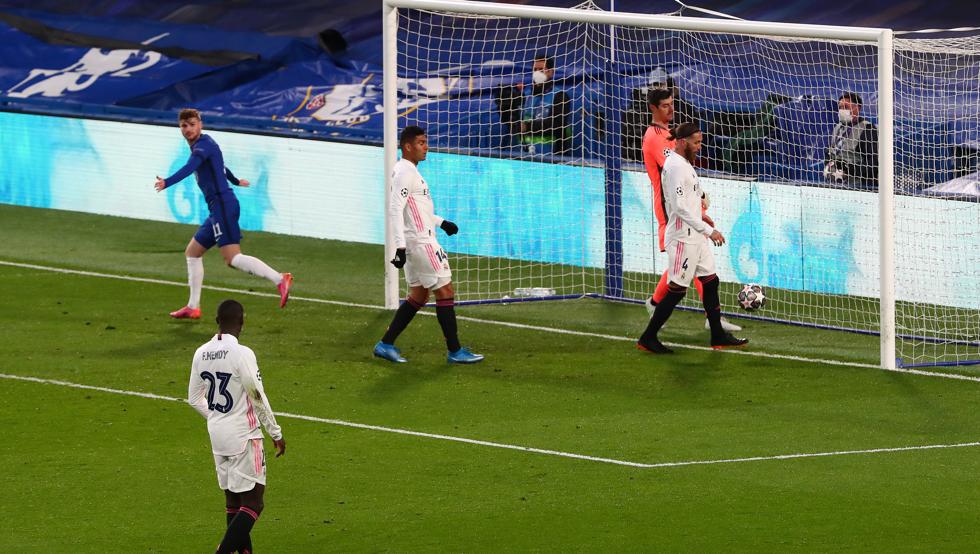